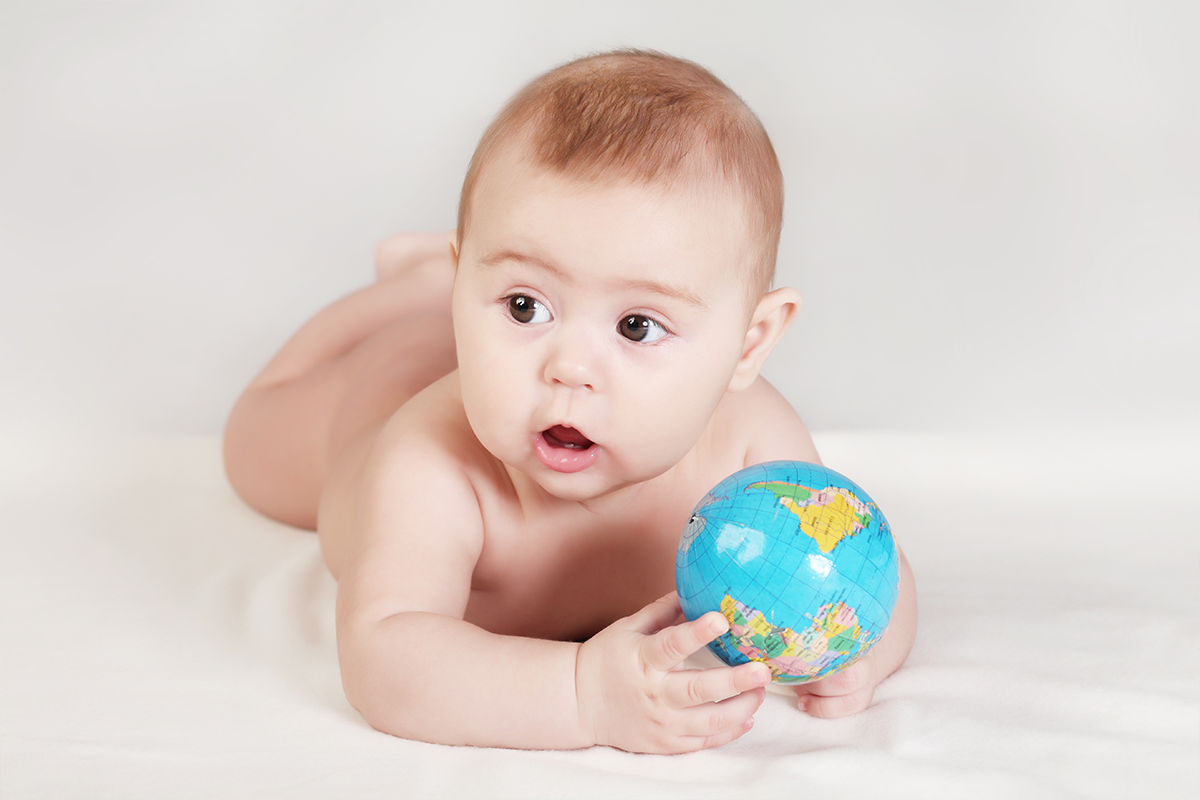 What's in a name?

For some countries, more than you might expect. From looking through the stars to honoring your ancestors, gods, and origin. Here are some curious naming traditions from around the world.

In Turkey, the grandparents usually have the final say when it comes to their grandchild's name. Ancestral names are among the preferred.

Also, a local attitude is to give babies names reflective of the weather they were born to. If there was a storm raging while you were laboring, your daughter's name is likely Yagmur, meaning "rain," and your son's Tufan, or literary "typhoon."

Religious names, such as the male Muhammed and the female Ecrin, are also an immensely popular choice.

And something unusual, Songul, meaning "the last rose," would be the name of a girl born to a family that already has a lot of children. The idea behind "the last rose" is to prevent the birth of other children after Songul.

In Greece, babies are officially given their names on the seventh or tenth day after birth.

Andreas or Hristos for a boy and Konstantina or Paraskevi for a girl are very common because they are the names of saints, and Greeks believe that if their child carries a holy name, he will always be protected from the evil.

Being very passionate about their ancient culture, names, such as the male Iraklis and Ahileas, and the female Klio and Ageliki are very favored, as they are derived from the old gods.

Have you ever wondered why Spanish people have so many names?

Part of the reason is that, similarly to the Greeks, they follow the same pattern of naming their kids after great saints to ensure their protection.

So, we have young Antonio here, his mother wants him to be extra protected, therefore, she adds two additional names to his given name, and Antonio becomes Antonio Maria Manuel. There are no middle names, so we proceed to the surnames. They are formed by the father's family name, e.g., Molina, followed by the one of the mother's, e.g., González. What we will get in the end is Antonio Maria Manuel Molina González. Did saying that leave you out of breath?

Well, if Antonio marries Ana Lucía Caridad Suárez de la Peña, and he is proud of his own and his wife's heritages and names, their daughter will be called Estrella Sofía Bernarda Molina Suárez González de la Peña, adopting all their surnames. Now that's a name, isn't it?

In Ghana, people have several given and last names based on the language of the ethnic group.

One tradition that remained from ancient times is that one of the given names must always be assigned based on the day of delivery. There are three options to choose from for each gender and each day.

And it does not matter if name assigned by the birthday will come first or last on the list, what is important is to be present.

Bulgarians are traditionalists when it comes to naming their children.

The second name is always based on the father's first name, and the surname is, of course, the one that the father has.

You're maybe already confused, so here's an illustration - if Mihail Georgiev Ivanov has a son and a daughter, they will be named Dimitar Mihailov Ivanov and Yana Mihailova Ivanova. The "a" at the end of Yana’s second and last name signifies that she is a female.

There are different naming conventions in India, all depending on the region, caste, and community.

Most commonly, Indians have three names - first, middle and last, and the first name is usually influenced by the baby's "nakshatra," or birth star sign.

A child born under Anuradha nakshatra, the 17th  of the 27 star signs, is recommended to be named with one of the following letters - Na, Naa, Ni, Nu, Ne, Nee, Noo, or Nae, in order to grow healthy and have a prosperous and harmonious life ahead.

The male Vadish, for example, starts with the syllable Va and is a name option for a boy born under Rohini nakshatra, the fourth star sign.

If you are looking for Indian name inspiration, you can calculate your newborn's nakshatra here.

In China, many parents consult a fortune teller to find the best name for their child, one that will bring luck and prosperity.

Horoscopes also play an essential role. The presence or absence of the five elements - metal, water, wood, fire, and earth, are central to making the decision.

If the baby's horoscope lacks water, his name must include the element, so all aspects of his life ahead are balanced and guarantee success and happiness.

Shui, for instance, is a perfect gender-neutral name that literally means "water." On the other hand, Yan is a melodically sounding name for a little girl that is missing fire in her chart. It means "flame" or "burning."

Another example is Jin, a male name meaning "gold" - the perfect title for a boy that misses metal in his horoscope.

Truly fascinating, aren't they? All very different but coming from a place of love and protection.

What are some naming traditions from your country? Share in the comments.

is there are belief behind? For example that this will protect them, or make them successful? or smth else? [IG3] [IG3] 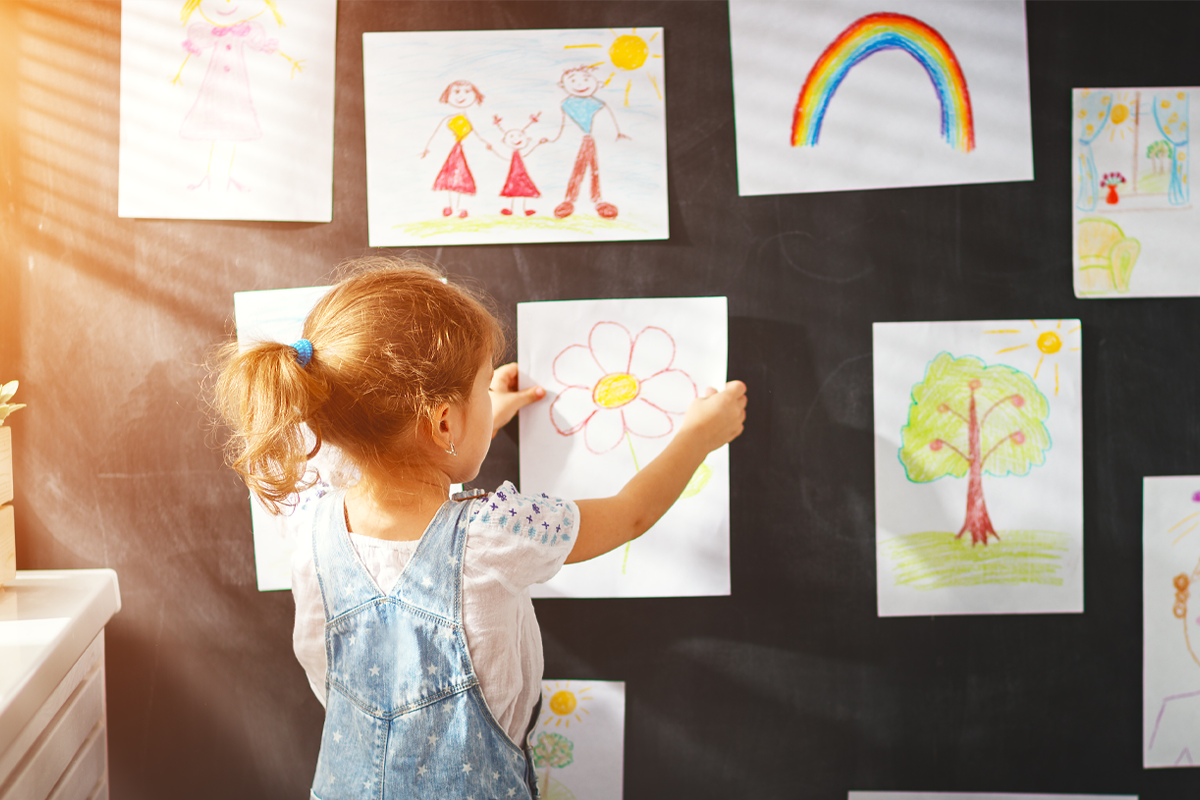 What Do Your Children Drawings Mean?

Your Guide to Stepping into the Positive Parenting World 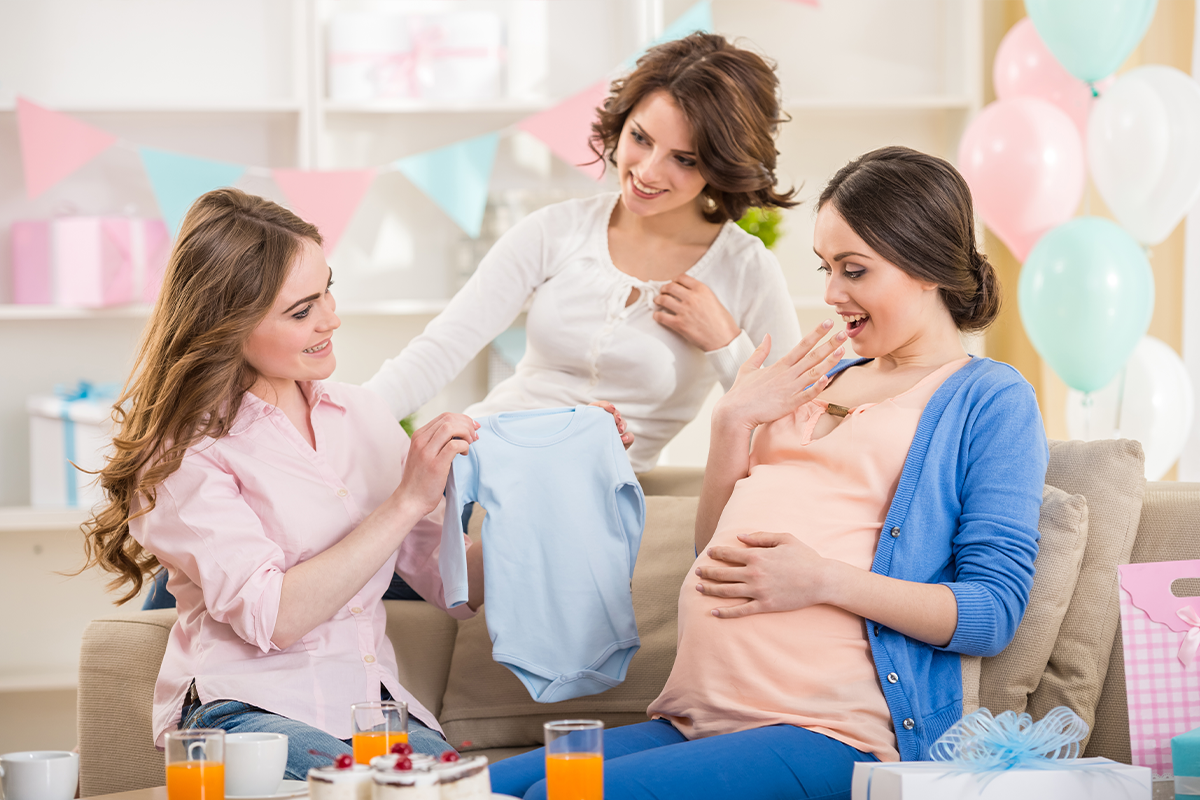 Top 5 Things You Need to Know About Baby Showers

How to Successfully Achieve Work-Life Balance as Entrepreneurs: A Guide for New Parents